As an experienced electrician in santa barbara at Sgelectricsb, I would say that tipping isn’t expected, but it is entirely up to the customer. If you feel that the electrician did a great job and you want to show your appreciation, then tipping is always appreciated.

Let’s look at why you might want to tip, how much to tip, and what the general tipping rules are for electricians.

How much should I tip electricians?

When an electrician does a good job, it’s common to want to show your appreciation with a tip. However, there are a few things to consider before tipping an electrician. For example, their company may have a policy against accepting suggestions.

If you do decide to tip, make sure it’s in cash so the electrician can keep it all for themselves. A good rule of thumb is to give $20-$50 depending on the job’s complexity. Thank the electrician for their hard work, and let them know you appreciate their efforts!

How much do electricians make In the US?

Electricians make an average of between $46,448 and $61,844. Of course, this varies depending on the type of work they do and the area they work in. Generally, electricians with more experience and specialized training can make higher wages.

What Do People On Quora Say?

1. According to Mac Mac, A quora user, Should You Tip An Electrician:

He says, “I usually only tip workers when they do an exceptional job or if they go beyond my expectations without asking for anything in return. In the past, I used to be a plumber’s mate and have a relatively good understanding of what needs to be done for most typical jobs. Furthermore, I worked in maintenance before, so I know enough about many subjects to understand what does or doesn’t need doing, for most jobs at least. Even though I don’t have any qualifications on paper,

I still have loads of experience that allows me to touch base with many things.

When you ask someone to do a job for you, they give you an estimate that covers the entire project- there’s no need to add a gratuity. Serves and anyone else shouldn’t be tipped because it’s their occupation, and they’re being paid for it. Somebody once told me this: “you can tell how good an electrician is by the screws he uses.” If there are four screw holes and he only puts in two screws, then he’s not great at his job. But if he uses three out of four screws, then he’s typical. And if he fills all four holes with screws, he did fantastic work above what was expected of him. If somebody does a great job, I may leave them some beer to say “thanks.” I’d pay the bill if the job weren’t excellent.”

2. What Rex Say’s In A Quora Discussion:

He says, “There’s no social protocol for tipping construction workers, but if you choose to, they will probably appreciate it. People have tipped me in the past and made me feel appreciated. The gesture meant more to me than the money itself; however, the money is always welcomed.”

Overall, whether or not you tip an electrician is completely up to you. It’s not common practice; generally speaking, most electricians will not expect a tip. However, if you’re feeling generous and want to show your appreciation for the job they did, tipping is a nice gesture that will be appreciated.

In the end, how much you tip your electrician should be based on both the job’s difficulty level and how pleased you were with their work. If you choose to give a gratuity, make sure it’s in cash so they can pocket it themselves. Thank your electrician for a well-done job, and express your appreciation for their help! 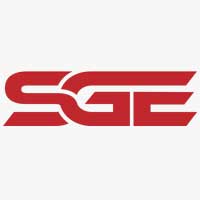 Hello, Welcome to the site. Please click the below button for talking to Steven through phone call.